We thank everyone for supporting and funding the university network and thus allowing universities to assume greater social responsibility in all study programs and research areas. Funding from foundations, public institutions and other partners shows that cooperation is socially and politically desirable.

The funding enables the member universities of the university network to set up coordination centers and to honor the extra work of teachers for the/their cooperation projects with/in civil society. Furthermore, our supporters provide important initial impulses in this field.

Thank you for your support and taking a role in leadership!

The Federal Ministry for Family Affairs, Senior Citizens, Women and Youth  funded the project “Promotion of Learning through Civic Engagement and Social Responsibility at Universities” from 2013 to 2015, which is organized by an association of five German universities (all supporting members of the university network), which gather their research results in the online platform “Campus vor Ort” (Campus on Site) 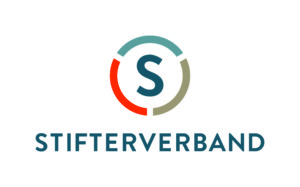 The Stifterverband für die Deutsche Wissenschaft (Donors’ association for the promotion of humanities and sciences in Germany) organized the competition “Mehr als Forschung und Lehre! Hochschulen in der Gesellschaft” (More than research and teaching! Universities in Society), in which the six winning universities were supported in their work over two years (2011 to 2013). The “Campus & Gemeinwesen” (Campus and Community) funding program was launched in 2015.

The Mercator Foundation funded UNIAKTIV at the University of Duisburg-Essen from 2006 to 2009. Furthermore, in 2010, the Mercator Foundation, organized the competition “Mehr als Forschung und Lehre! Hochschulen in der Gesellschaft”  (More than research and teaching! Universities in society” (2011-2013), in which the work of six winning universities were supported over two years.

The Robert Bosch Foundation developed and distributed the ‘Do it!’ program from 2007 to 2013 organized by Agentur mehrwert Stuttgart. About 25 universities in Germany have taken over and carried out the Service Learning Program [how is this related to do it?], which is focused on key competencies The Robert Bosch Stiftung supported, such as developing/the conceptualization the concept and implementation of the Agentur mehrwert “Akademie für Verantwortung” (academy on responsibility), which was taken over by the university network in 2017.